Queers in Comics: How are we portrayed?

We all know how important it is, especially for children and young adults, to see folks like us in the media. Comics and graphic novels are increasingly popular – it’s a billion-dollar-a-year-plus business – and queers are popping up more and more in their pages.

Industry powerhouse Marvel Comics came out with its first-ever Pride edition this June. For this week’s Out in the Bay, producer Porfirio Rangel spoke with comics story writer Gabby Rivera and illustrator Luciano Vecchio about their work, queer representation in comics, their experiences in the industry, and their coming-out advice.

Vecchio drew gay superheros Wiccan and Hulkling for that historic Marvel Pride edition (the two are lovers, and Hulkling is Captain Marvel’s son, by the way!) and the Pride edition’s cover art. He lives in Buenos Aires, Argentina, and has works published in the US and many other countries. Learn more and see Luciano Vecchio‘s work on his website, IG: lucianovecchioart and Facebook.

Rivera is known for writing a 2017 series featuring America Chavez, Marvel’s first queer Latina hero, whom Rivera describes as “so powerful she can punch portals into other dimensions.” Rivera also wrote “Juliet Takes a Breath,” a young adult novel about a queer Latina from the Bronx who is on a journey of self-discovery. (Hmm, autobiographical?) More on Gabby Rivera at her website, IG: quirkyrican and Twitter: QuirkyRican.

Triple your $$$ for queer voices!  Listeners Richard Merk and Brad Peyton are matching donations TWO-TO-ONE up to $3,000 this month. Your $10 becomes $30 for Out in the Bay; $100 becomes $300, and we’re so close to making the full match!  Please join us now to help us keep podcasting and broadcasting queer stories to the world! Learn more here or just hit the Donate button on this page. Thank you! 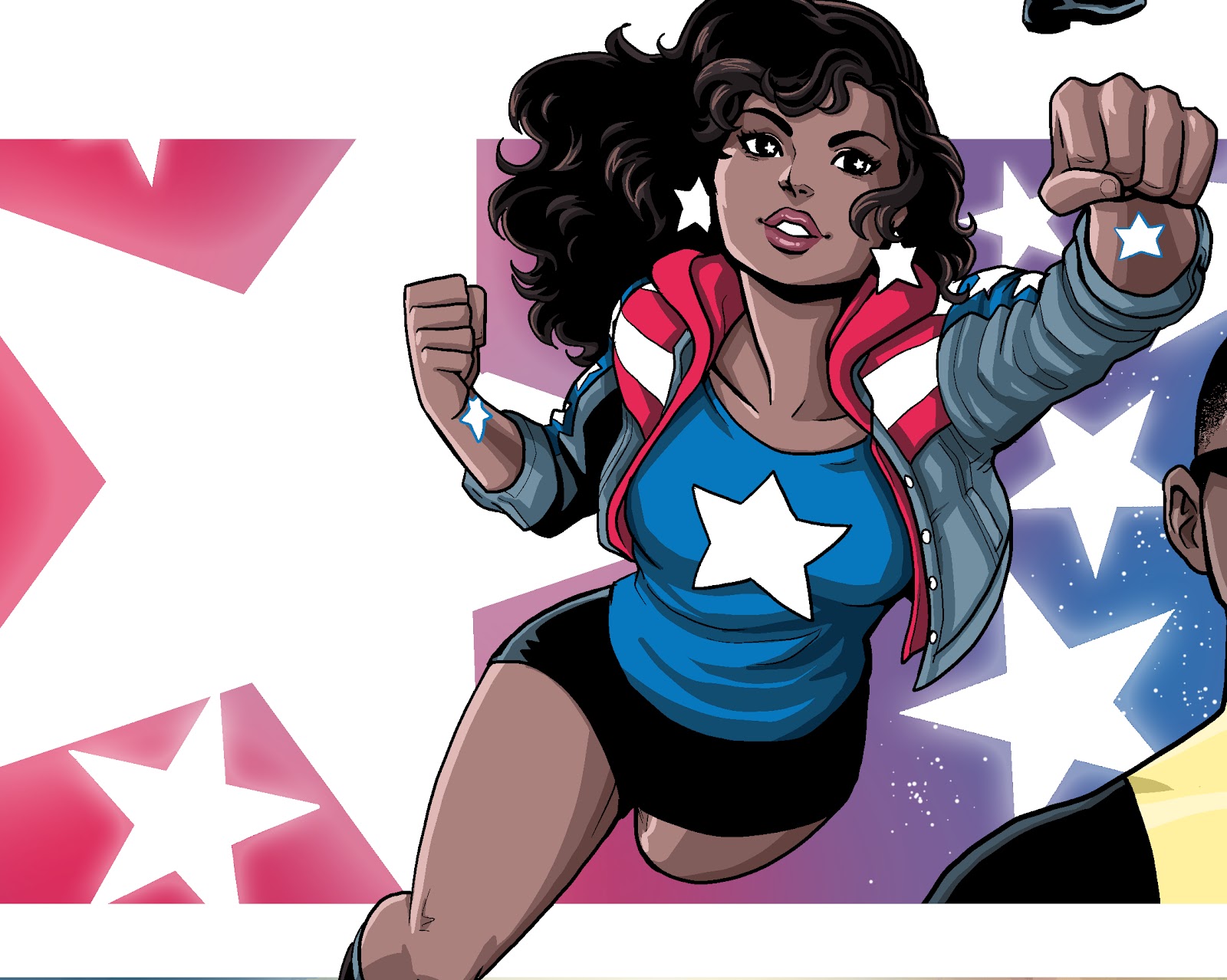 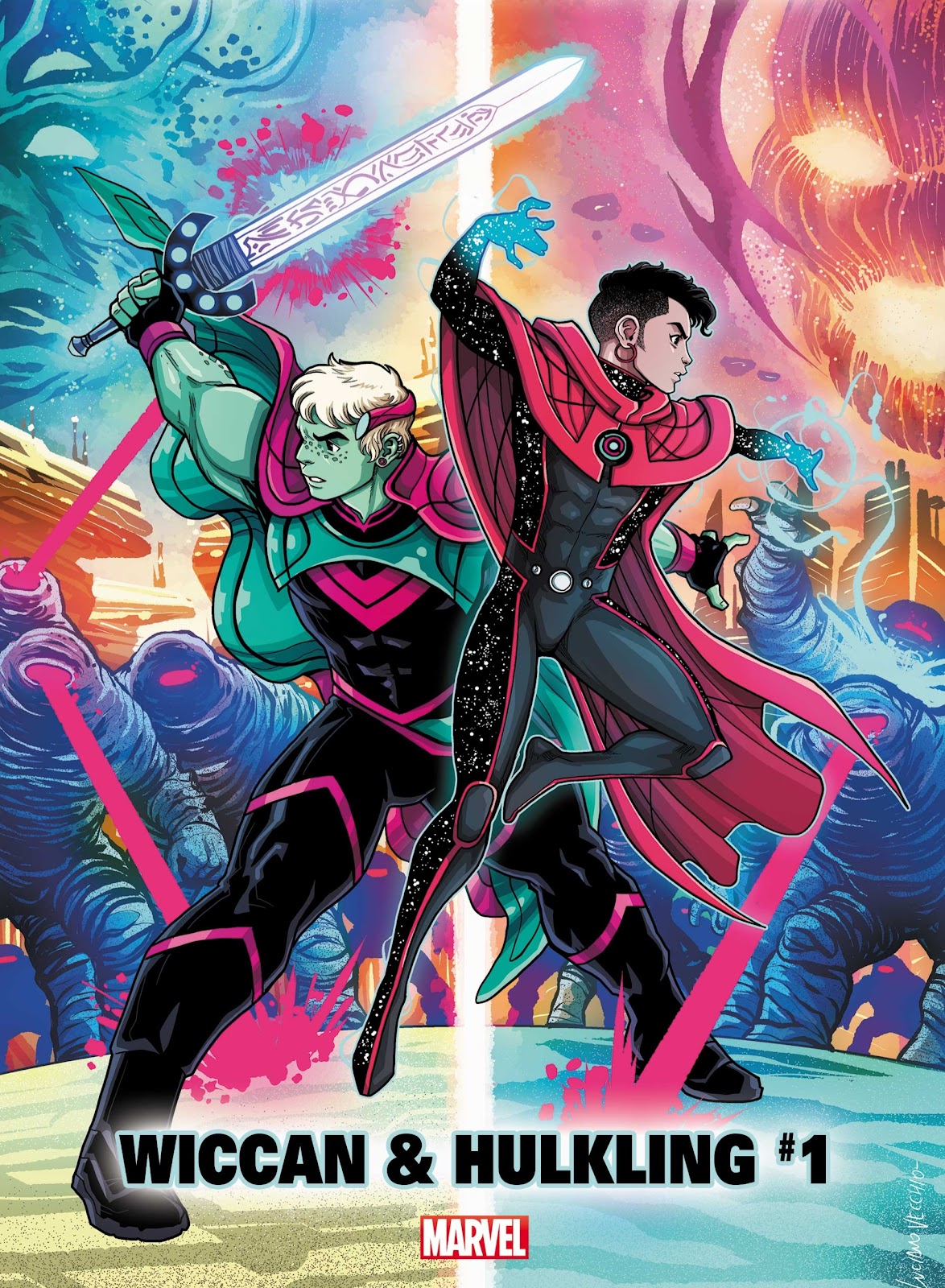 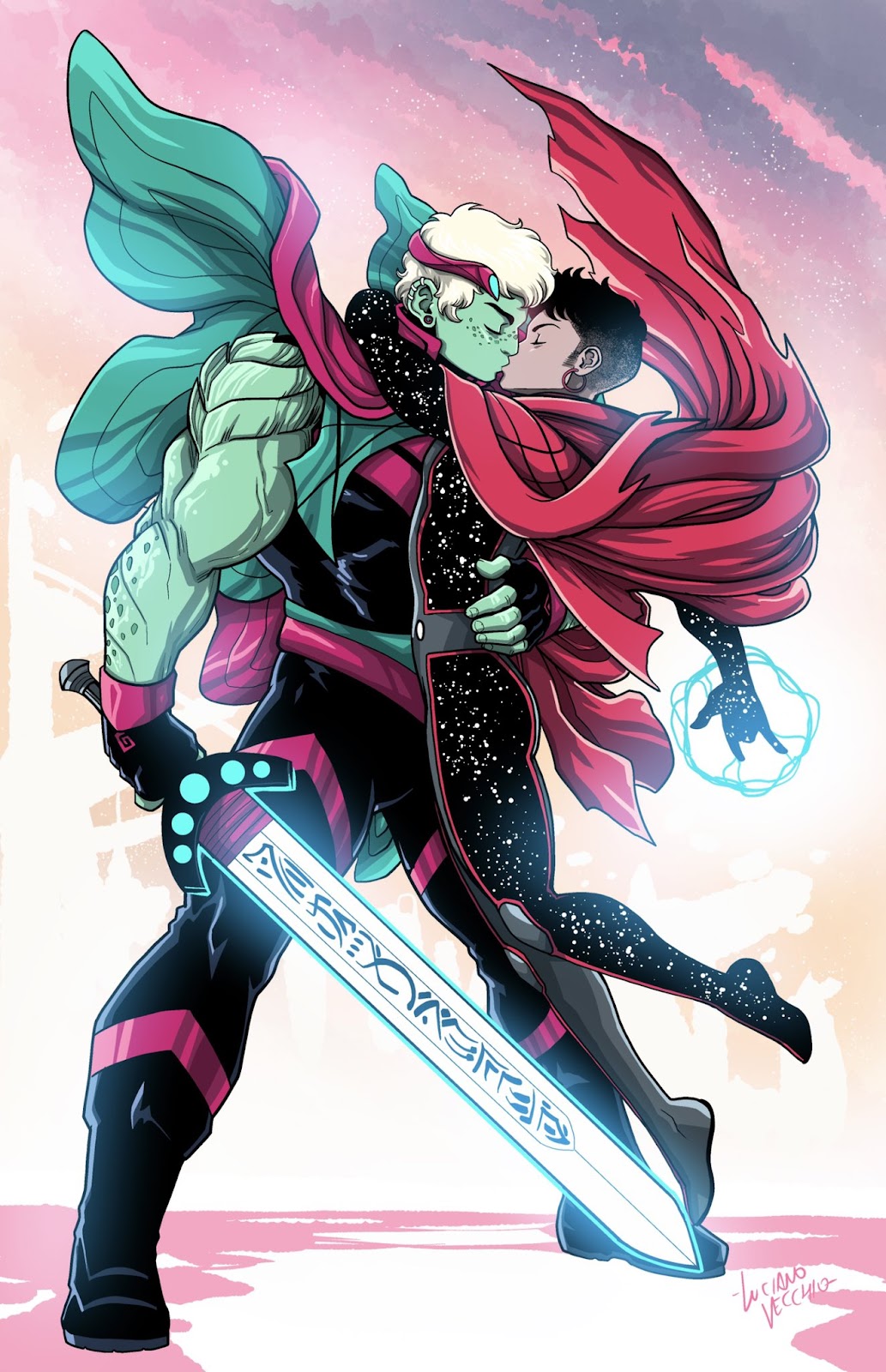 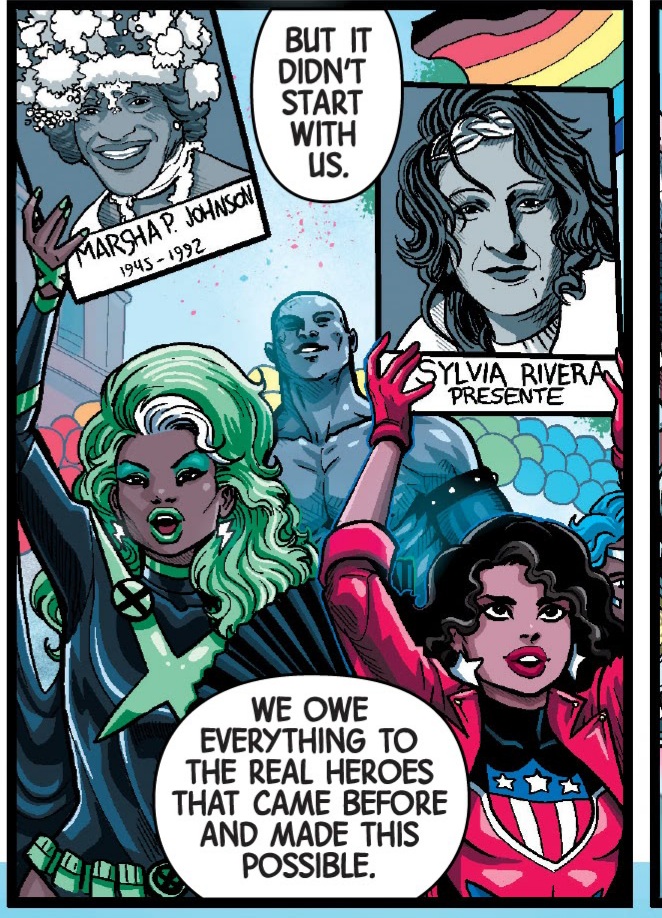 Donate to Out in the Bay: